Learning how to use your camera in manual camera mode is easy to do. It is essential know-how if you want to get correctly exposed photographs, especially is you shoot with flash.

First, an explanation of Aperture, Shutter Speed and ISO and the so-called Exposure Triangle. 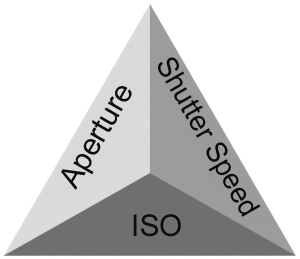 The exposure of every photo, no matter how dark or light it is, is determined by three factors:

This term refers to the size of the opening inside the lens of the camera. It determines the amount of light passing through the lens opening and is transported to the sensor.

The scale with aperture numbers is as follows:

At the aperture value, each stop is a factor of 2 in the area from the aperture of the lens. That means that every stop is half or it transmits double the amount of light.

These numbers of shutter speeds are fractions of seconds and are like follows:

In photography terms, every number is a full stop compared to the previous one. However, there are partial (1/2 or 1/3) stops between them. This is indicated, for example, by 1/200sec, 1/40sec, etc. At the shutter speed, each stop is a factor of 2 for the period that the shutter is open. That means that every stop is halved or doubled is of the exposure time.

ISO is the international term for light sensitivity. It determines the light sensitivity of the sensor. The higher the ISO setting on the camera, the less light is required  to make a properly exposed photo.

The numbers of ISO are a standard series. On most cameras the following ISO values ​​are supported:

We call every number a full stop compared to the previous one. There are partial (1/2 or 1/3) stops between them. This is for example indicated by ISO 640, ISO 320 et cetera. At ISO, each stop is a factor of 2 in the required amount of light for the exposure of a photo. That means that every stop is half or twice the amount of light.

The Exposure Triangle in a Photo

Assuming the photo has to get a technically correct exposure, you choose a certain combination of aperture, shutter speed and ISO. This depends on the amount of ambient light in the scene. Suppose you want a smaller lens opening and change the aperture from f/5.6 to f/8. This means that half of the light is allowed to the sensor. To maintain the same exposure you can either double the shutter speed or the ISO value.

The photo above would therefore have the same exposure with the following settings:

In short, a change in one factor from the exposure triangle means that you have to change one of the other two factors in proportion to get the same exposure. If you don’t, the photo will become lighter or darker.

In manual mode you need to set aperture, shutter speed and ISO manually. Which settings you choose depends on the amount of light present in the scene. The light is measured with the so-called reflective light meter.

Mirror reflex and system cameras have a built in automatic light meter. It measures the amount of light in a particular scene and will advise you of the best settings to use for the scene.

The light meter in different types of cameras display a “0” in the center and a “-” point and “+” point on the left or right.

It can be displayed as in this image and appears at the bottom of the viewfinder image or on the LCD screen at the rear of your camera.

The light present in a scene is reflected; measuring sensors the incoming at various points across the image plane reflected light. Light and dark appear in most images shades in front, theoretically that varies from white to black. The average is then approximately gray. The camera therefore assumes that the average of each shot must be gray. In professional terms one speaks of 18% gray. Let’s take the example photo of the

Let’s take a closer look at the green façade.

The light meter searches for an average exposure. The automatic light meter in the camera calculates the exposure based on of the reflected light from the scene. The entire scene reflects medium tones. There are no extremely light or dark surfaces in the picture.

Not every photo contains an average light reflection – at varies per scene. It is mainly determined by the color and material of the subject. White reflects more light than black, a shiny object reflects more light than one matt object, a white, fully cloudy sky reflects more then light a blue sky. Bright scenes cab reflect 50% more light, while dark scenes hardly reflect more than 7% of the light. The light meter in the camera does not take this into account.

Suppose we photograph a scene with lots of light tones. For instance like the pictures of the table setting.

The settings on the camera are f/4.5 – 1/125sec – 400 ISO. De lightmeter indicates “0”. Unfortunately, the photo is underexposed. The camera thinks there is enough light to the sensor to make a properly exposed picture. That is not the case. The white tablecloth and the light on the background reflects much more light than average! The automatic light meter is apt to go to “0”, which makes the scene too dark. The light meter actually needs to be corrected. At the following photo we compensate the light by setting the light meter to the “+” side. This is called overexposure. 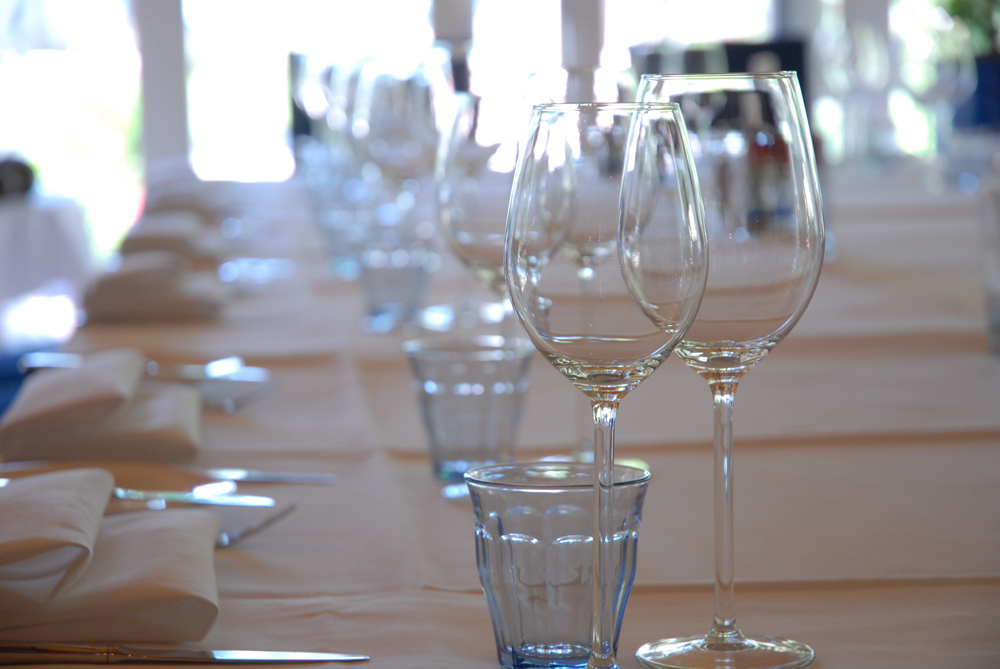 We take the photo again but now with a compensation in the exposure of one stop. We change the shutter speed from  /125sec to 1/60sec. The shutter is now open for a longer period of time. The light meter is set to the “+” side and results in a well exposed photo.

Photos that contain dark areas must be underexposed. Just like the images below. 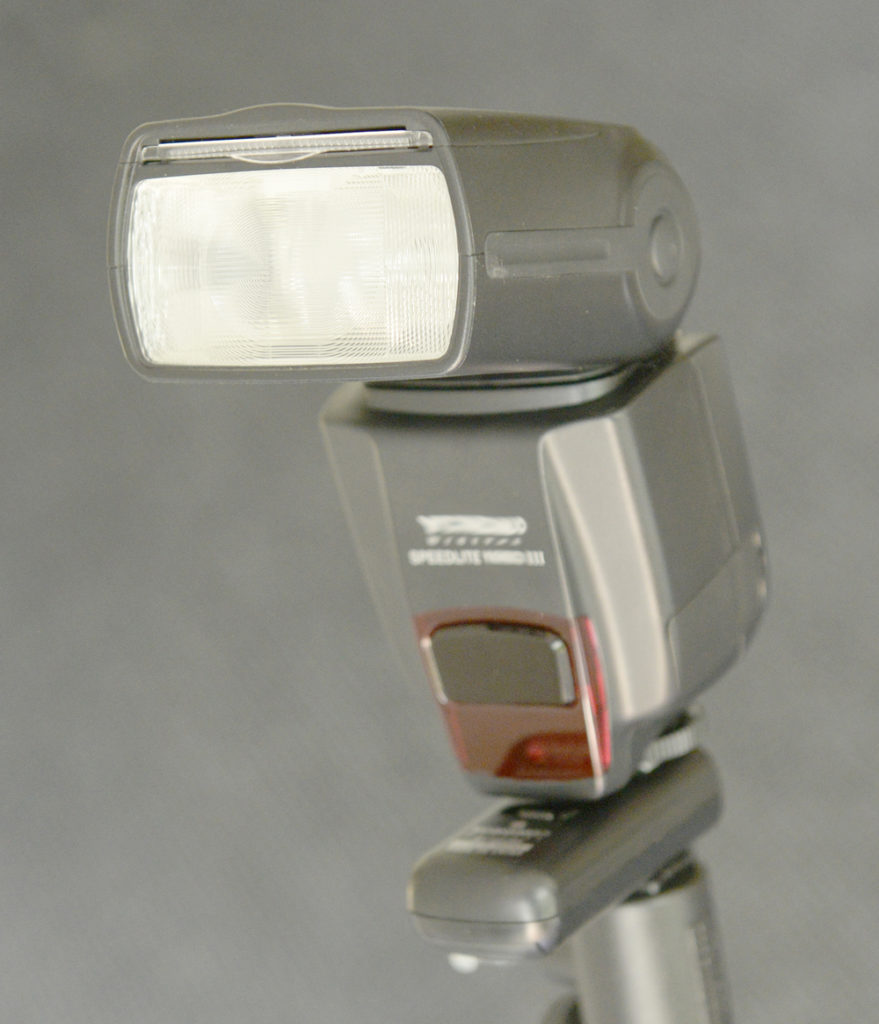 This scene mainly covers a dark subject. The light meter is set at “0”. It detects only a little refection, therefore the exposure will be too long. It results in an overexposed image. The light meter should be set to the “-” side. 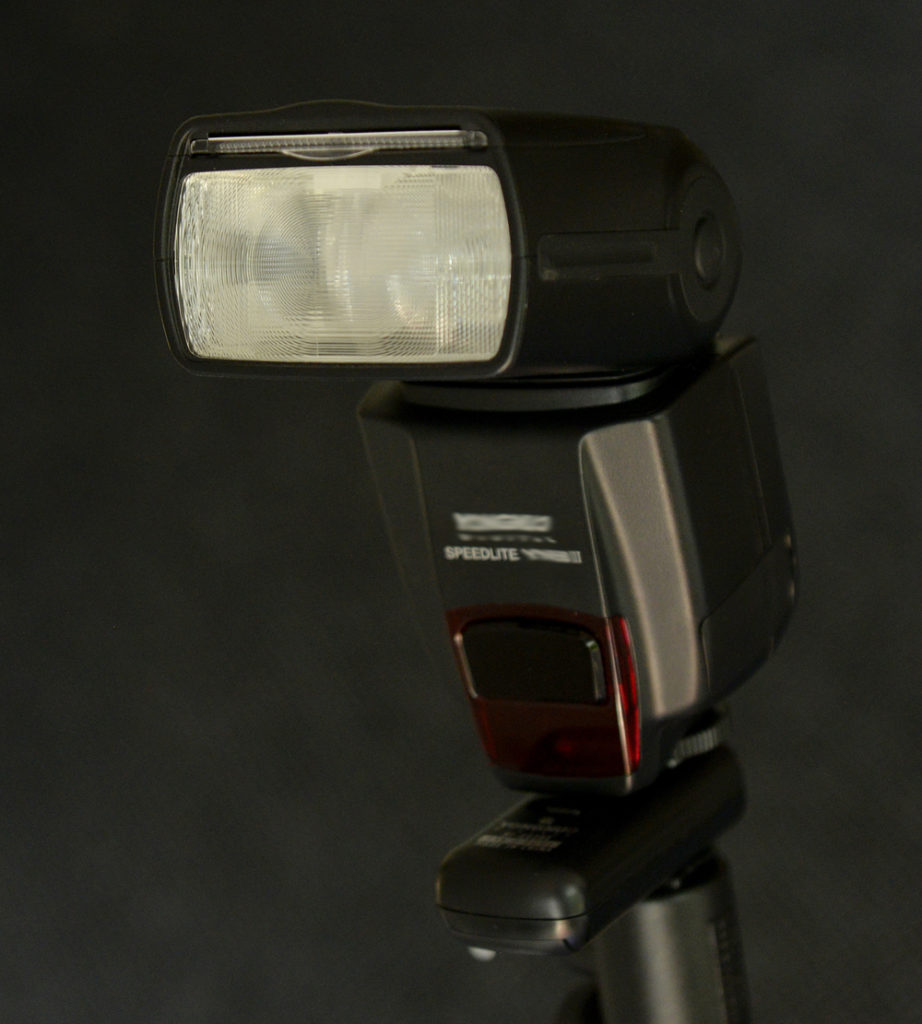 BiHere we have intentionally corrected the light meter. We underexpose the photo with one stop by setting a faster shutter speed, from 1/30sec to 1/60sec. Because the shutter is open for a shorter period of time, there is less light going to the sensor. Now is the photo well exposed.

Compensating stops can either be done with shutter speeds (as we did above), or with aperture and/or ISO. A stop is a stop – compensating can be done with any of these three.

Now go and try for yourself with the following exercises.

Exercise A: photographing a subject with neutral tones

Exercise B: photographing a subject with bright tones

Choose a subject with bright tones, for instance white mushrooms or sugar cubes on a white background.

Choose a subject with bright tones, for instance black peppers or a black Mobile phone on a black background.

Behind the scene photos

Behind the scene with co shooters